The Story of the Monstrance – Fr John Adams

The monstrance now in use at the adoration chapel at St Gregory’s was considered for purchase well before the perpetual adoration project began, here is its story.

Adoration had become a central part of my own personal faith in my 5th year as a seminarian. I had found myself in something of a crisis of faith at that time, and I felt unable to move either forward or backward in my journey of faith. I seemed to be trapped in a prayer life in which, although searching for God, I spent most of my time in frustrating ‘conversations’ with myself. Hence my vocation was on the rocks, I was listless and unmotivated about the pastoral tasks asked of me, and spiritually I was desolate. I was considering ditching the seminary and getting a ‘real’ job. I was stuck and unhappy.

Then someone said to me, had I considered the ‘vertical’ instead of endlessly trying to find a way forward, or seeking to recapture the past. ‘Why not consider daily adoration?’ this person suggested. As her words came in through my ears – I knew that this was the answer. I started the very next morning, and 12 years later, I still try to have a time of adoration every day.

Fast forward 10 years, and I found myself in Lourdes, France, as the spiritual director for a group of New Zealand pilgrims. There is a liturgical supplies shop there, not far from the St Josephs Gate – and I wandered into that shop one day in search of a monstrance that would hold a large host, and so be suitable for a big church. And there it was sitting in the front window – exactly what I was looking for. However, Lourdes was right at the beginning this pilgrimage, and I was sure that along the way, I would find another similar monstrance. So, although I really liked it, I decided not to buy. Anyway, at 980euros, I didn’t have the money. For the following three years I regretted that decision. Although on the rest of that pilgrimage I went from shop to shop in some of the great pilgrimage sites of Europe, I did not see another large monstrance that I considered suitable. I had missed my opportunity. Three years later, on my 10th anniversary of ordination Bishop Barry granted me some sabbatical time. For part of that time, I met up with my fellow ordinand’s, Fr’s Gerard Boyce and Nicholas Dillon, and we travelled to the area around Lyon, in France, to visit the places where the early pioneers of Catholicism in New Zealand had come from. While there, we also visited Lourdes, and I wandered one day to the St Joseph gate. Then a thought came into my mind, I wonder if that monstrance is still there? I walked down to the shop and there it was, sitting in the front window as it had been three years earlier. I called over my two priest friends and we went into the shop and asked for a closer look. They liked it, and knowing that I had already received a couple of generous pledges before I left New Zealand, I purchased the monstrance then and there. Miraculously my credit card withstood the scrutiny, and the lady in the shop began to wrap the monstrance with layers of bubble wrap.

But then there was a problem. I still had three months of travel before me, including two weeks in northern Spain, another pilgrimage, this time following the life of St Paul, and a 30 day retreat in Sydney. Should I trust the postal system from France? (and spend another 258euroes!), or endeavour to carry the monstrance with me for the next three months. I chose the latter. I sent 8kgs of clothes, books and shoes home by mail, and wrapped the monstrance in my remaining clothes and put it in the bottom of my suitcase. And there it remained for the next three months travelling with me to Loyola, Avila, Burgos, Toledo, Valencia, Barcelona, Montserrat, Andorra, Toulouse, Istanbul, Gallipoli, Troy, Alexandra Troas, Assos, Ephesus, Corinth, Philippi, Patmos, Rhodos, Crete, Thessaloniki, Athens, Medjugorje, Rome (for the weekend that Pope Francis consecrated the world to Mary), to Sydney and then finally home to Christchurch.

A little miracle, my suitcase weighed 28kgs – but I was never charged a cent in excess luggage. So there it is, sitting now in the little chapel at St Gregory’s. Surely no monstrance has travelled so extensively, but then again, perhaps this monstrance was being prepared for one of the greatest tasks, being a worthy receptacle and repository for the Risen Christ. 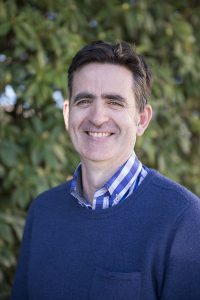 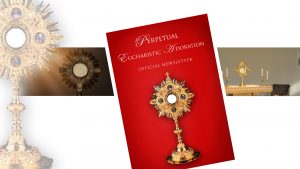 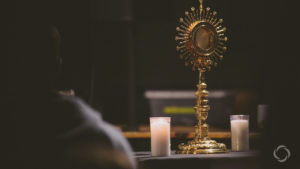 Praying in the middle of the night – why? 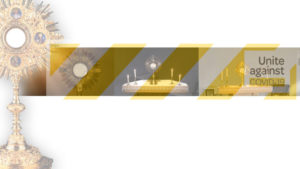 On Friday December 3rd the Traffic Light Framework comes into effect. Here in Christchurch we will be entering the Orange setting. I have read all 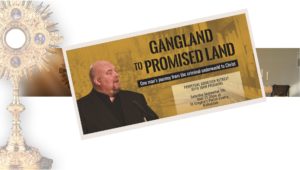 There will be another retreat opportunity at St Gregory’s for adorers on Saturday September 7th from 9am-12.30pm. It will be led by John Pridmore who 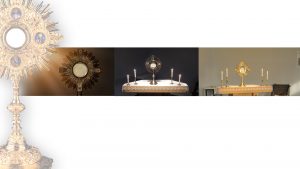 The Story of the Monstrance – Fr John Adams

The new monstrance now in use at the adoration chapel at St Gregory’s was considered for purchase well before the perpetual adoration project began, here is its story.

Perpetual Adoration requires at least two people to sign up to pray before Jesus in the Blessed Sacrament for every
hour of the week (168 hours). That is 336 people although some will sign up for more than 1 hour. We simply ask
those who want to make a commitment to sign up for 1 hour per week. If you wish to sign up fill in this online request.

The Chapel is open 24 Hours
You are welcome to ring and leave a message anytime.